I think that this is a very important topic for us to tackle. I know a lot of people that struggle with this issue, either because they don't like being in the spotlight, or they feel unworthy. It is safe to say that I struggle with neither of those things, but I still understand how it is sometimes difficult to accept a compliment.
I am a quadriplegic, as has been very well established. It seems I don't really have to do a whole lot for people to be amazed at my abilities. In fact, one time, I was complimented at a restaurant by a stranger. What was I doing? Um, I was just eating. Rather, I was being fed by my friend. The compliment: that I was inspiring. So, yeah, that was a pretty weird one. But, even for compliments that are more deserved – that my art is beautiful, or if someone is impressed by my educational credentials, people have a tendency to go overboard. See figure A below.
So, even though I feel I am reasonably deserving of compliments, receiving many of them can be overwhelming, especially when they seem over-the-top, or you feel that you have not really exercised an extraordinary effort, or that you have only done something that you feel most people would have done in the same situation.
We have a tendency to downplay our achievements or good things about ourselves in order to appear more modest, or for other reasons which run more deeply than managing appearances. What you need to calculate, therefore, is the effort that has been expended on the complimenter's part. They took the time and effort to notice something positive about you AND let you know about it. To downplay a compliment given to you intrinsically downplays the person that has given you that compliment. You don't want to make anyone feel bad, especially when they were going out of their way to be kind. I mean, what am I saying? Maybe you do want to make someone feel bad. I don't necessarily know you, but I guess what I'm saying is MOST people don't. If you want to be a jerk, please downplay compliments. This is a perfect way to alienate people and stay true to your carefully crafted jerk persona.
I know why nice people downplay compliments. You don't want to seem like you are narcissistic and super into yourself. That can also make you look like a jerk. But trust me, downplaying compliments is not the way to go. As long as you are not EXPECTING people to compliment you, receiving compliments without downplaying them will NOT make you look like a narcissist.
So, through my years of experience, I have found that there are basically just two ways to accept compliments graciously. I have listed them below:
1. By saying, "Thanks."
2. By saying, "Thank you very much."
The second way might be for advanced compliment-receiving, but the first way is basically all the effort you need to expend to graciously receive a compliment in a way that will make others want to notice nice things about you in the future. So, dear reader, please fight against the instinct that you may have built up over the years to downplay or dismiss compliments. It might seem very difficult at first to say these few words (or word if you are going with the first way). But, with continuous practice, it will seem second nature.
Also, I think it's great to have an automatic response ready to go when you encounter this kind of social situation. You don't have to think about the things that you need to say so that they don't think that you are "too wonderful" or whatever. All you have to do is say thanks. That's it! I have given you your response, and you can pack it up in your mind and have it ready to ship out of your mouth the next time someone notices and says something nice about you! You're welcome! 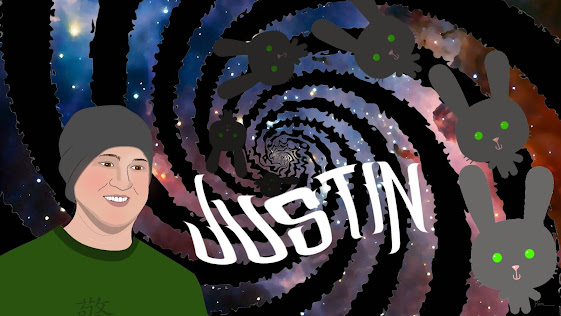